r/Superstonk – 💀💀TDA just turned off buying calls on Redbox (RDBX)!!!! 12 million shares outstanding, 36+ million shares owned by institutions, 10+ million shares due in options contracts this weekend, TDA waiting for ruling from OCC? WTF is that .. COST TO BORROW OVER 1000% … How this affects GME💀💀

I tumbled down a rabbit hole last night and now I have banana’s to share.

TLDR: TDA turned off options on Redbox (RDBX) last night, closing transactions only! Which is the same move they used with GME during the sneeze…. RDBX has 12 million shares outstanding, 36+ million shares owned by institutions, 10+ million shares due in the option chain this week 6/17 and a cost to borrow over 1000%. Apollo alone ownes 34 million shares and Seaport Global owns another 10 million shares!

It started when I saw a tweet about TDA moving RDBX options to close only…. which ofc gave me GME flash backs! (I was there 9,000 years ago when it happened)

This got my Banana moving 🍌🍌🍌. I was there 9,000 years ago when they turned off the buy button on GME. Options on RDBX on TDA is now closing trades only.

So I did what any ape would do, poured a Jack $ coke settled in for a long night of reading. 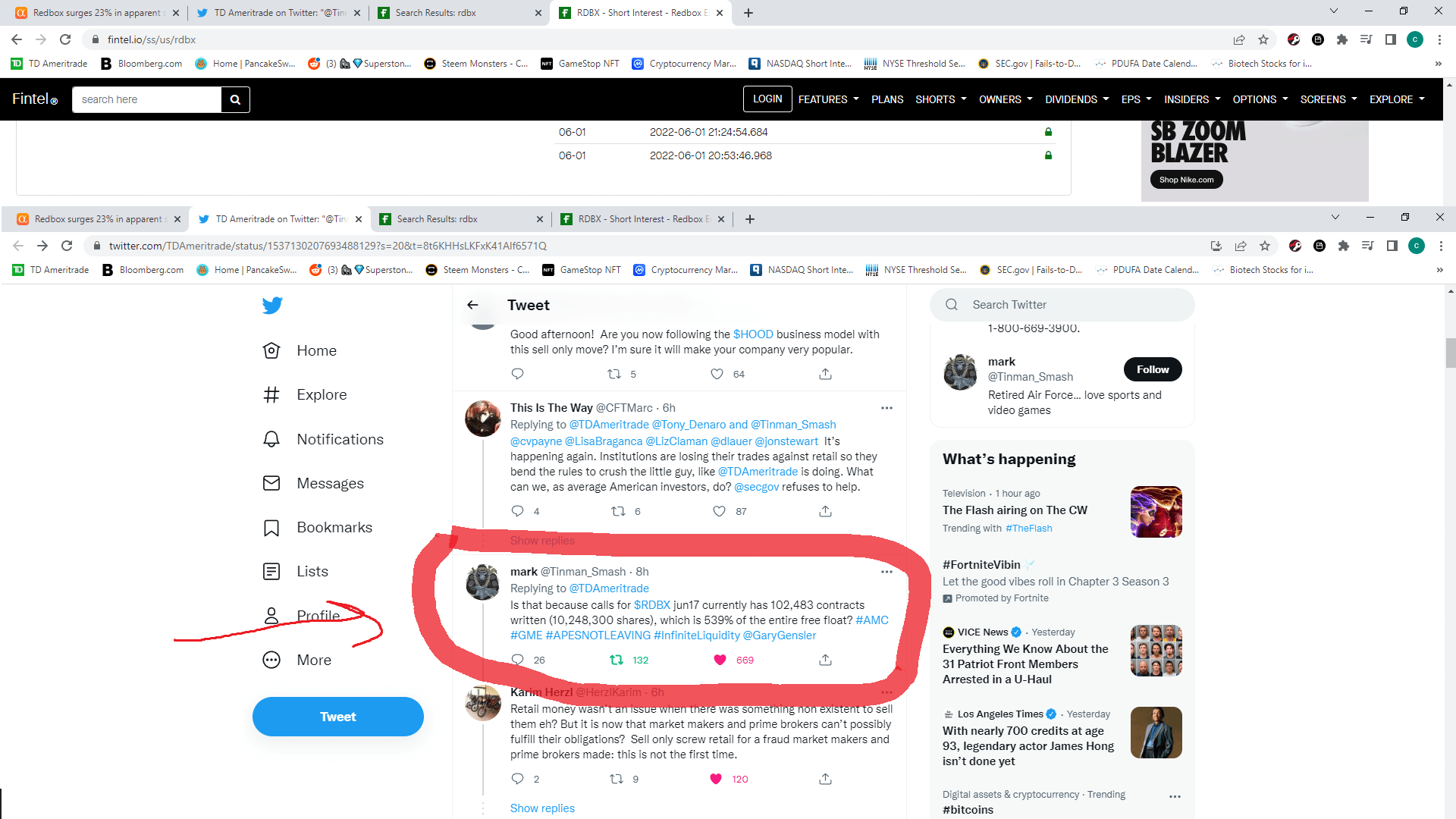 This comment says their are over 10 million shares due this week 6/17. It is important to remember someone has to deliver shares to call holders below the strike price AND put holders above the strike price. When I looked at the options chain it looks like someone owes a lot of both so it does matter as much where the price settles this Friday, they will owe 500%+ of the float this week alone!!!! 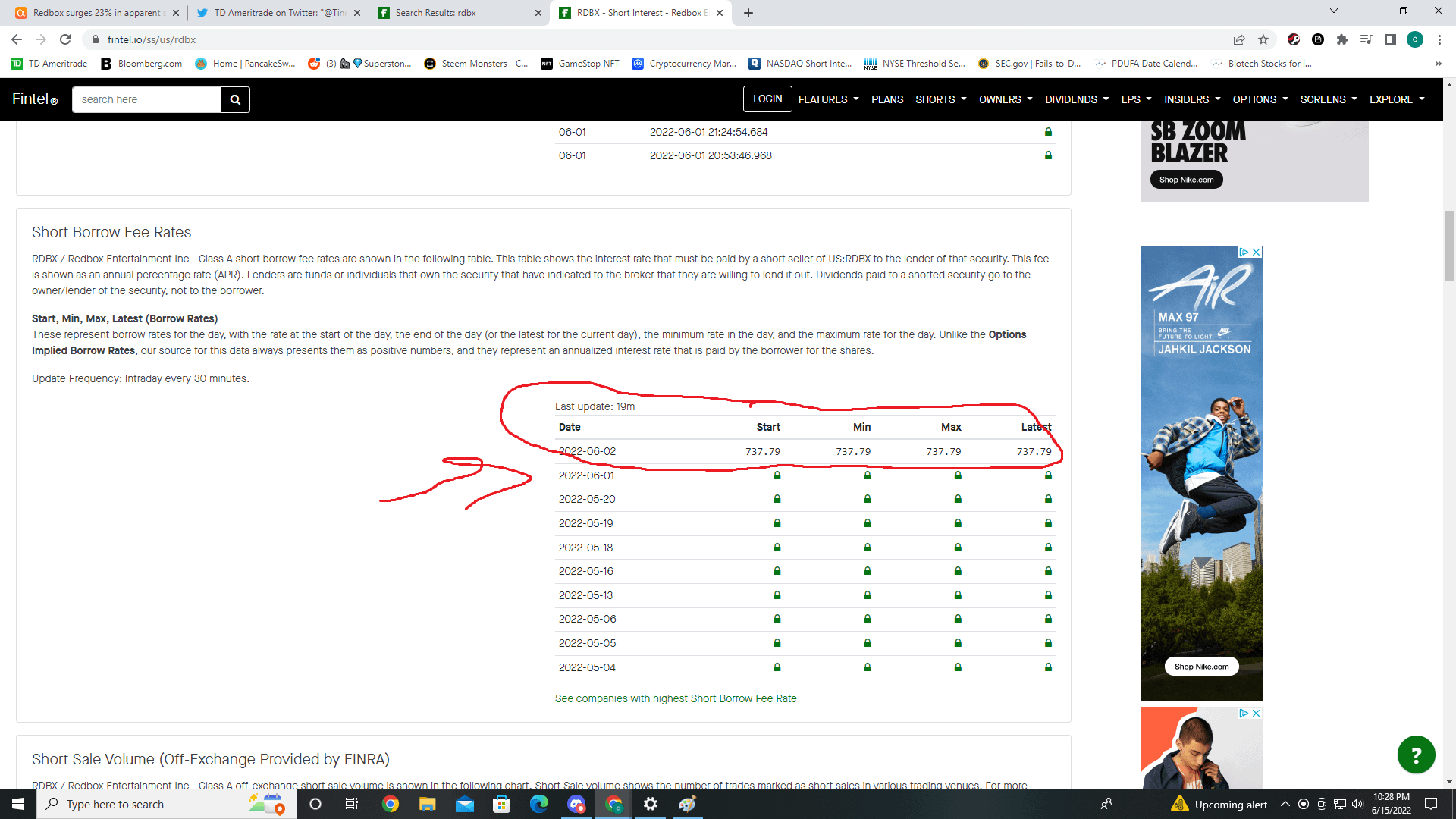 (above) This is a grab from Fintel showing a high borrow fee. I don’t use Ortek but I saw pics of 1,000+ borrow fees yesterday! 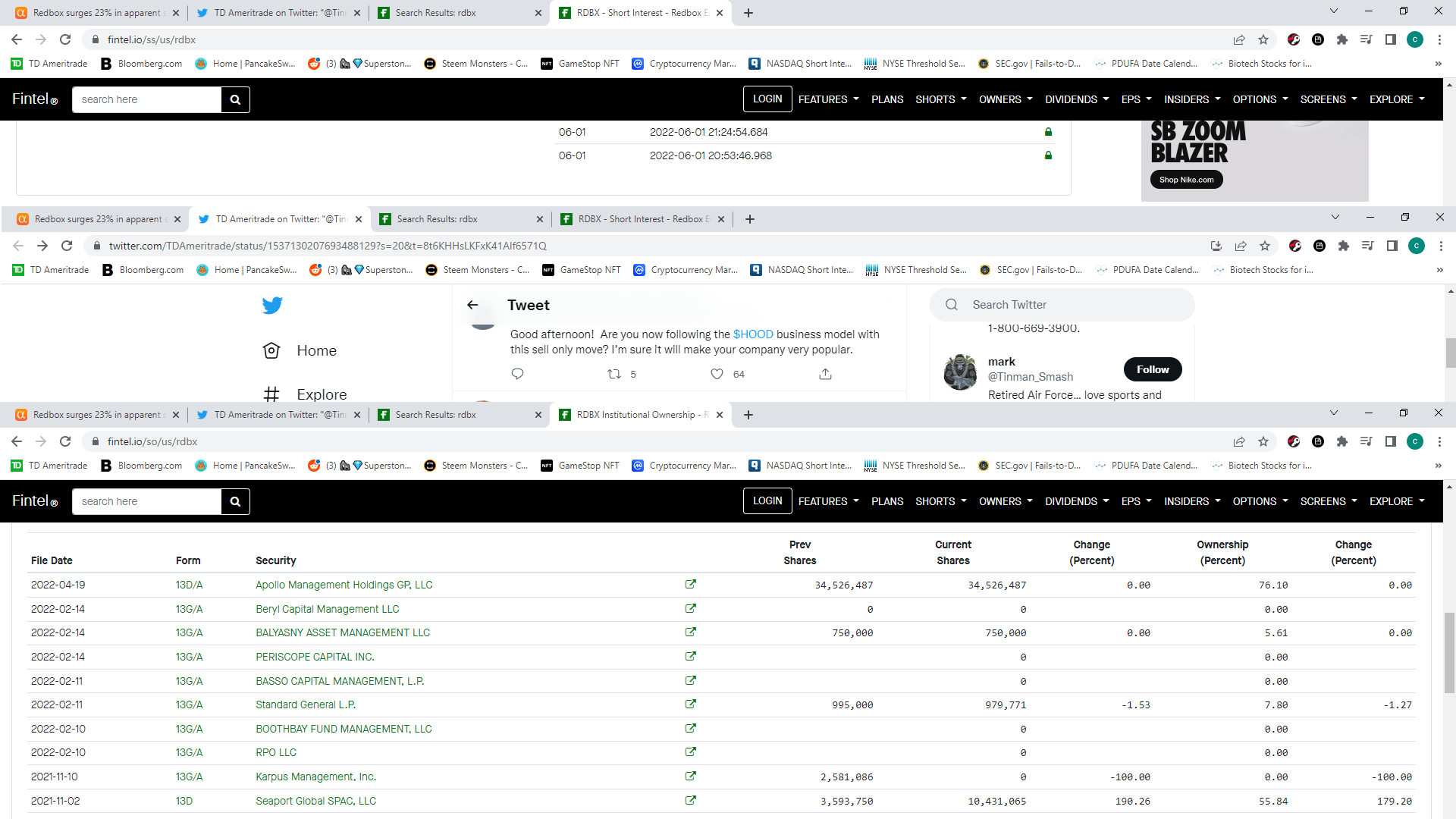 How could MM be so stupid to sell so many fakes and options? No idea but it looks like RDBX is doing a merger sometime in the second half of this year with a streaming company called soup. It is an all stock deal that is lower in value than the current share price, by a lot.

CAN ANYONE SAY EXIT CLAUSE!!!!

I emailed RDBX investor relations and asked what exit clauses are in the deal with soup and will update this post when I hear back from them.

Edit: I forgot about the OCC, TDA is waiting for a ruling from them on the options. I also think how the powers that be handle RDBX might give us some clues on what they try/do with GME when the 🚀🚀 comes.